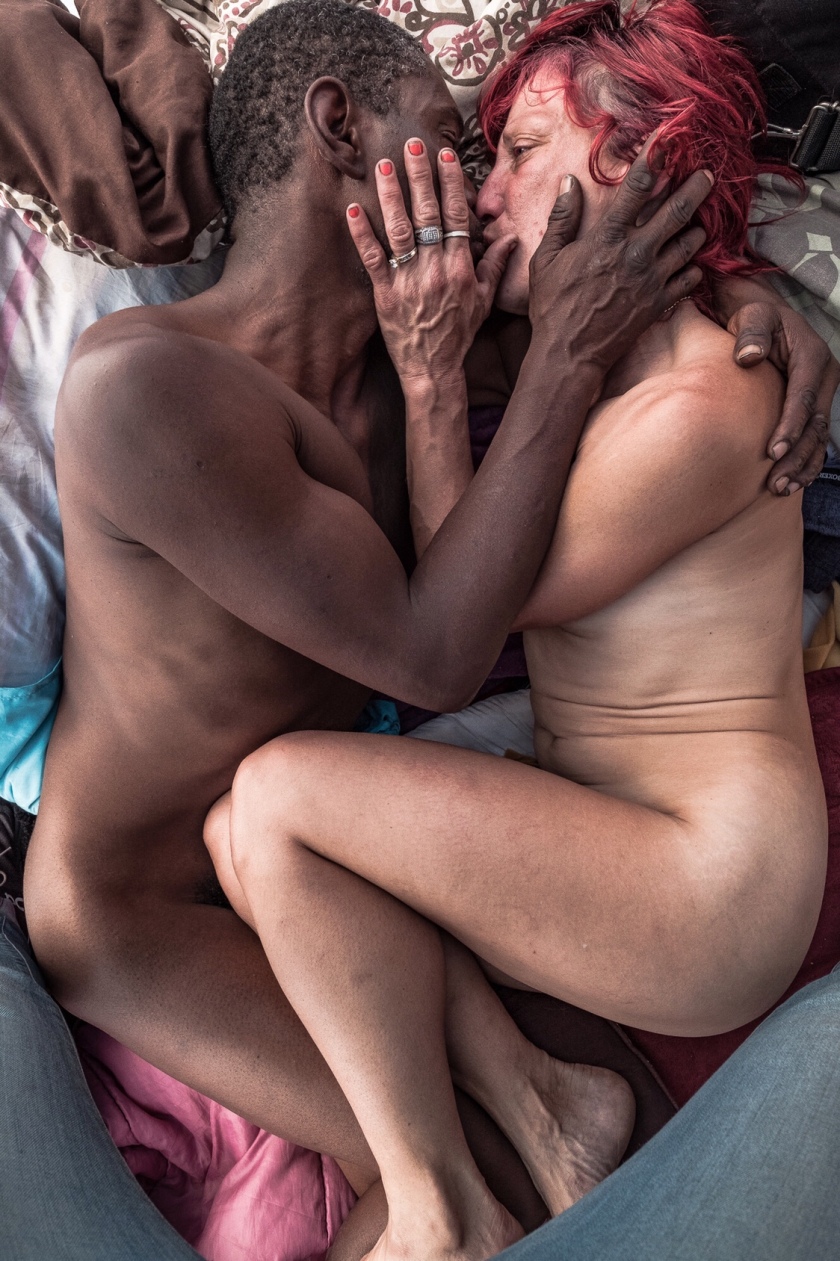 I was gone ten months, and I returned last week to Skid Row hoping desperately to find some of the people I’d photographed before I left California. I found Doreen, and, in my absence, she had found someone.
These portraits and the images from the day I spent with Doreen and Gary speak for themselves….being in love is a a lottery win when it’s for real, and it can happen to anyone, anywhere. These pictures prove some of the trite nonsense that reads as nothing more than tired drivel to the jaded.
To me, these images are intimate, intense, sexual but not pornographic, somewhat graphic without being obscene, and a personal history of a pretty straightforward afternoon spent in the arms of someone trusted.
I’m beyond tired of idealized images of love and sexuality. I’m sick of airbrushed pictures of already unblemished people who represent nothing but a media display or advertising effort. And…it’s just unfair and unfortunate that most images of deep romance seem to star much younger people, leaving an entire population out of the game.
I love that there is obvious acceptance on view here. It’s why I got so involved in trying to adequately record what I was seeing. Between them, Doreen and Gary have nearly a lifetime of incarceration between them. Their hands aren’t squeaky clean, and there’s no blow dryer in sight.
They live their lives at this time in a tent on Skid Row, and they have found each other. They had these intense interactions during a workday, and workmen buzz around, providing contrasting life elements.
I stopped by to say hi, and was invited in to take pictures of these moments. I declined initially, unsure. But after Doreen told me that I needed to step inside to see them, I did so….and I immediately got hooked on the sight.
More in this series coming.