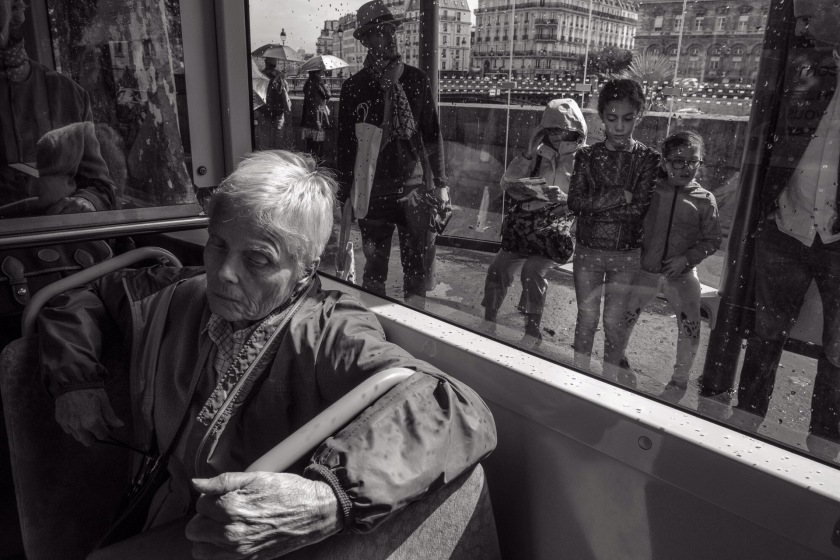 I can talk all day and not say one sentence that will convey anything close to what a photograph can.  I think it’s why I abandoned my pencils in favor of a camera, and why I feel so strongly about the power of this medium, and the messages one can telegraph within its applications.  When not misused, it’s possible to draw parallels and allow people to visit each other, each individual viewer connected for a few moments and engaged within the world of the picture whether it’s a culturally familiar universe or a landscape entirely unfamiliar.  The idea is to capture universals that are recognizable to many, forcing them to acknowledge a world or another person that previously remained anonymous or hidden or misunderstood.  The ability of a photographer to carve out a windowed space in an otherwise shuttered room is astonishing.  While the subtlety and subtext of an image like this one is not for all viewers, it is for me an intimate view of two vastly different life stages, and the facial expressions of both females are oddly similar reflections of disappointment, private encounters that reveal my personal trespass as a photographer.

2 thoughts on “One Thousand Words”