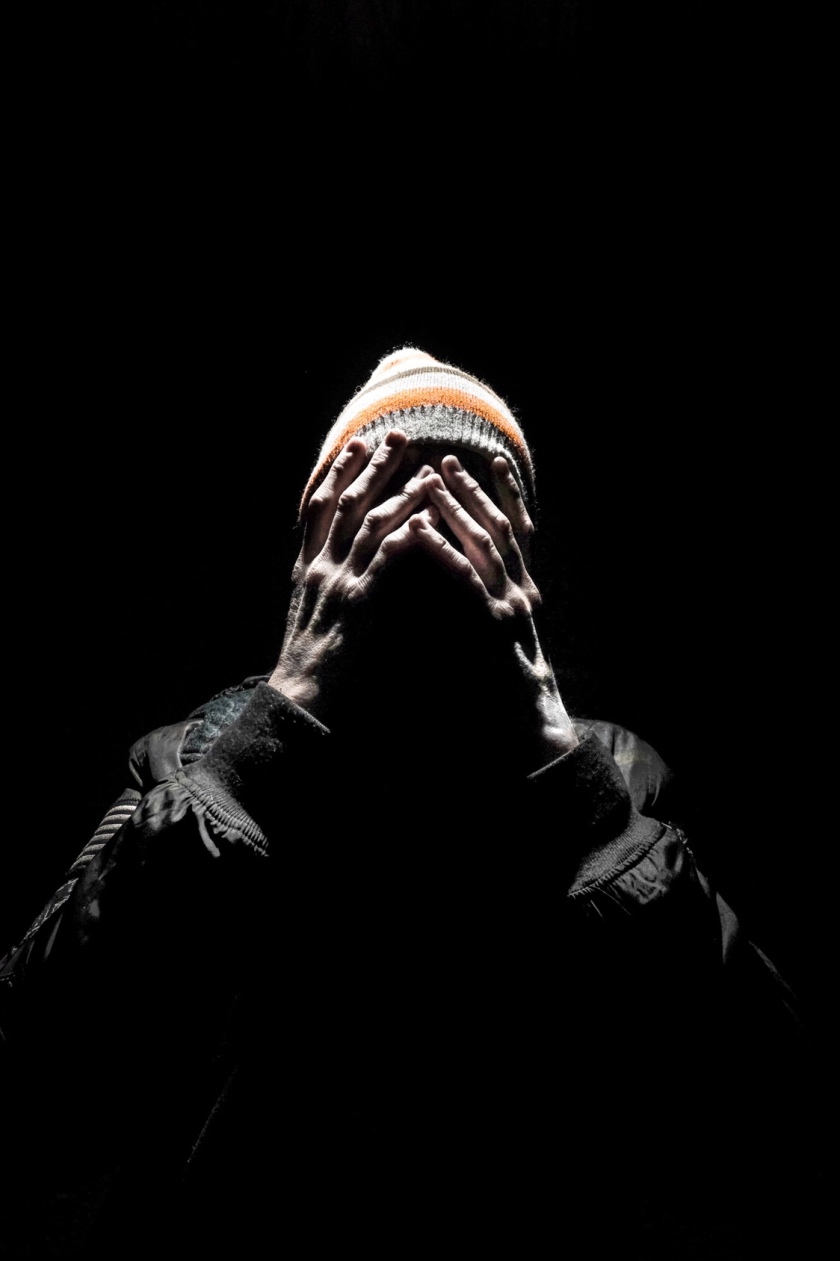 It’s cold and rainy and New York City in the wintertime. Today, right now, I can hear the rain falling as I lay, writing this entry. I can also hear a bird chirping and this sound for me creates some hope….it makes me believe that Spring will come, sooner than I expect.
This photo is a mystery. The intention was to express my despair during an East Coast winter through the weary frustration of someone else….and this picture proves that a street portrait is anything anyone anywhere anyhow.
I was taking refuge from the cold in a Chipotle on 6th Avenue in the West Village one afternoon last week, the week of February 5, 2018. I used the men’s room because I’m too impatient to wait….and when I emerged, there were two men standing outside the door. I hung around, messing with Instagram, answering a few comments, prolonging my rest stop before going back outside to freezing fingers and soaking rain.
I turned for some reason and caught sight of one young guy, still waiting for his shot in the bathroom, standing under the light, rubbing his face, covering his eyes, frustrated in his way with his day and having to stand outside the men’s restroom waiting too long for somebody to just get the hell out, as he had just waited for me and was now stuck waiting for somebody else. I said hey! This is bizarre but please don’t move you’re under the light it’s an awesome picture…can I can I can I? And he said yes.
But I didn’t wait for him to agree….
So pictures can happen anywhere if you’re willing to act reflexively and use your environment to your advantage, no matter where you find yourself. No situation is off limits, if done respectfully….even waiting to take a leak in a Chipotle on 6th Avenue one rainy winter day in New York City.

3 thoughts on “Anywhere And Nowhere, 1”

There was an error retrieving images from Instagram. An attempt will be remade in a few minutes.