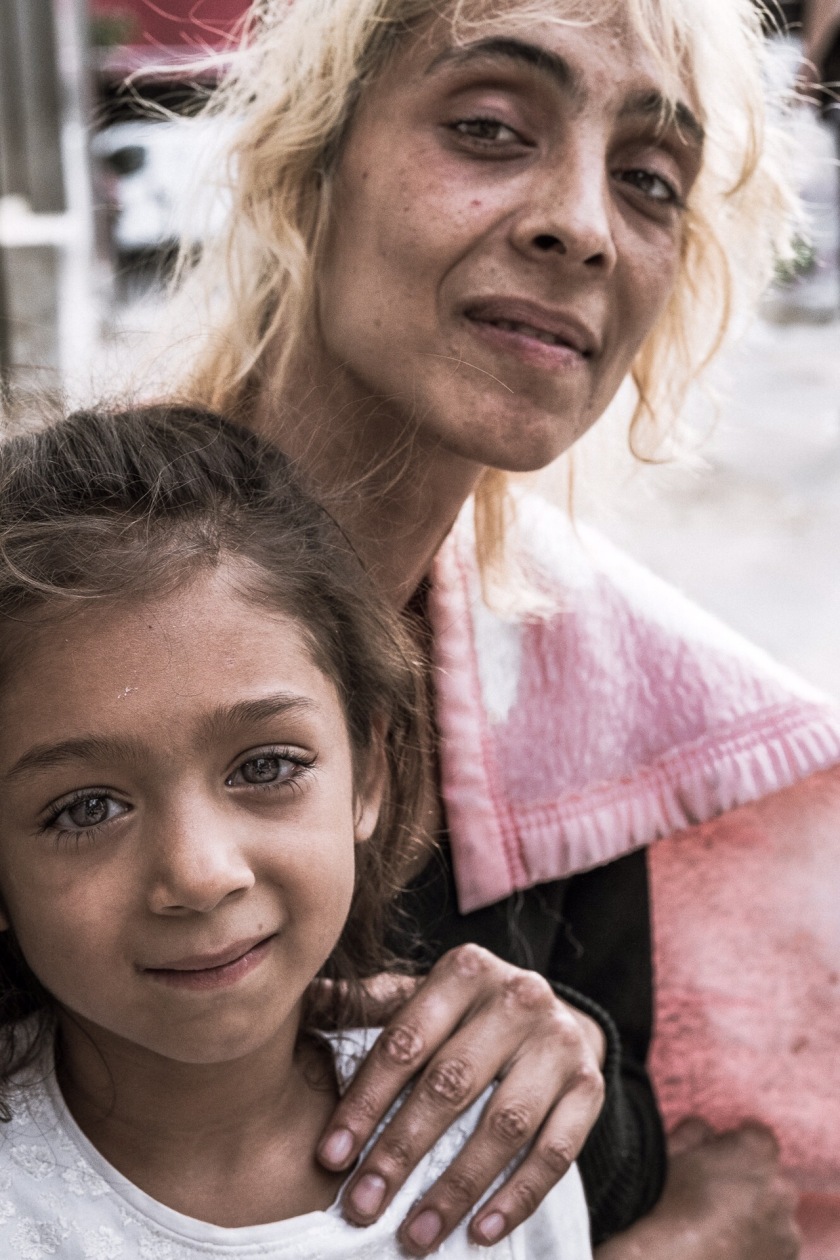 As you walk toward Pigalle, on the opposite side of the street as The Moulin Rouge, there’s a massive Carrefour supermarché.  It’s awesome, and clean, and very well stocked.  The whole neighborhood knows this, and the place is packed.  When you walk out after buying your groceries, you can sometimes see Annabella sitting with Danisa, her daughter, and sometimes her son, Mario, who’s nine.  They are three, and they are just a few of the hundreds of beggars seen throughout Paris.  Not all asking for money are hungry.  Some of them are clearly housed and fed and clean, and it’s common knowledge that they take advantage of the naïveté and ignorance of the tourists who mass in certain areas of Paris.  Sometimes I get a little bit tired of the cloying, false phrasing and ersatz, dulcet tones of these panhandlers, many of whom use their children as monnaie bait, hoping for sympathy and handouts.  But there are even more who are legitimately on the street, and sleeping outside in small to medium sized groups.  At twilight, you can see them setting up little camps in out of the way spots in the city to sleep, and there are nearly always children present.  These people are not faking it, and they can be identified by their worn, dirty clothing, skin lesions, weathered faces and a definite lack of pretense as they sit silently with a paper cup or plastic container for people to give them some monnaie (euros, in the form of coins).  I watched an older woman today, sitting on the Boulevard Sebastopol.  She looked like a stereotype or, more precisely, an archetype.  She was so ancient in a way, her demeanor, her facial structure, skin tone and style of dress, that you could almost believe that she had stepped out of a turn of the century photograph of a Romanian or Bulgarian gypsy from some village forgotten by time.  She sat, nearly toothless, in late middle age, with a hopeless, blank stare and yet, as other women passed her by on the sidewalk I observed her looking at their clothing and shoes, which were of an unattainable quality and price that could only preempt even the most modest daydream of ever actually owning what the rest of us take for granted every day.  I watched an equally destitute older man, speaking Bulgarian, walk to her and tear his sandwich apart to offer her half.

These two pictured are hungry.  I know it for sure, and it’s an unbelievable stress that’s apparent in all but a few of the photos I took of them.  This one is much less stressed and guarded, but Annabella is constantly watching passerby, to ensure the safety of her children and to be able to anticipate any negative action that could have a destructive impact on her or her children.